What is Anaerobic Digestion (AD)?

AD is an environmentally friendly, cost-effective solution to dealing with much of what we think of as ?waste?. Instead of burning it, or sending it to landfill, AD plants could potentially turn that ?waste?, along with purpose grown crops, into 10% of the UK?s domestic gas, which means less landfill, stable energy prices, fewer carbon dioxide emissions.

Anaerobic Digestion is a natural biological process where organic matter is broken down by bacteria in the absence of oxygen to produce biogas for renewable energy. This gas is called Biogas and is made up of Methane and other gases. The biomethane is then used to create energy either via a CHP engine for heat and electricity or it is cleaned and injected in to the National Grid network. 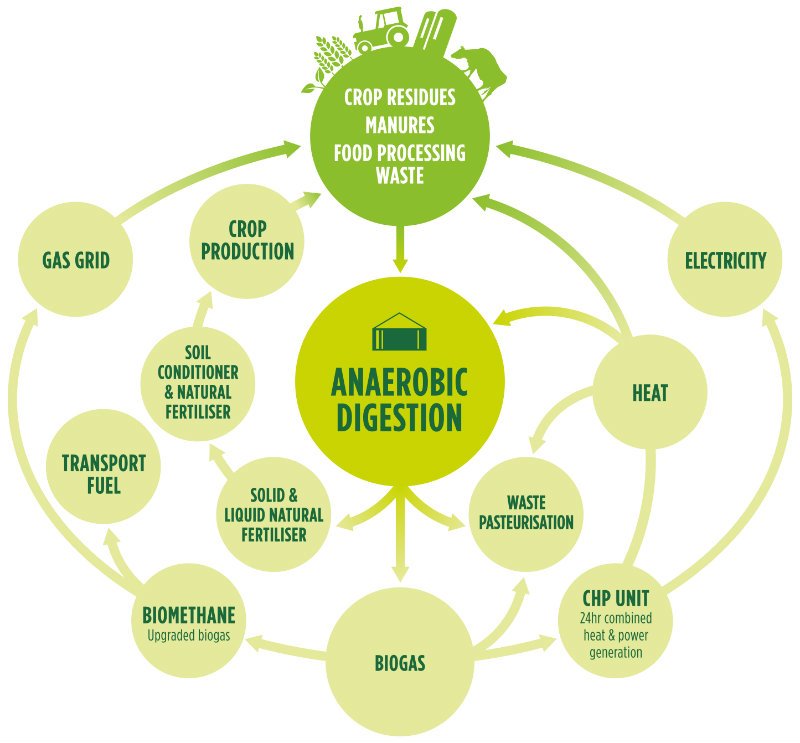 AD gets interesting when we look at the circular opportunities that it brings. For example we are investigating the use of bio-methane as a transport fuel in place of heavily polluting diesel. Many HGVs are now Compressed Natural Gas as a clean fuel alternative and biomethane can be used a green alternative. We are also looking at using CNG as a fuel for our agricultural activities.

Also the waste product of the process is a soil restoring BioFertiliser which can be used to replace fossil fuel derived synthetic fertilisers. Rockscape use the Natural Fertiliser to grow Maize and other crops farmed by Rockscape.

Rockscape run a 2mW equivalent AD plant which is fully accredited by the EA & OFGEM. The AD plant is situated at our home base of North Moor Farm just off J2 of the M180 at Crowle. 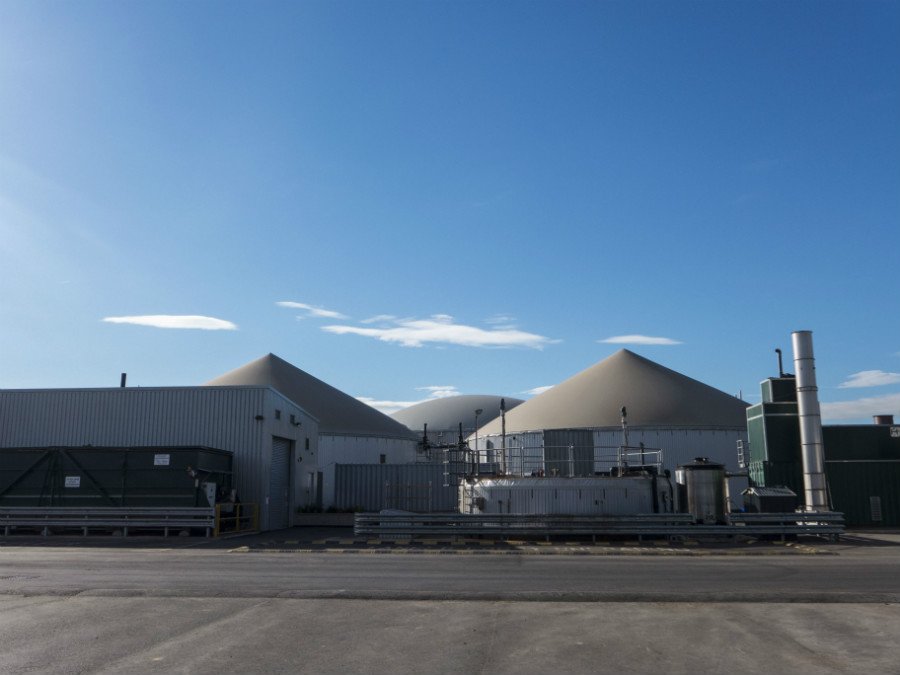 AD?s potential is huge, both for the environment, and for your wallet. It?s an environmentally friendly solution to energy and waste issues, and could potentially provide 10% of the entire UK?s domestic gas demand – because, like many of the things we throw away, our food waste (even the peelings) is actually a useful resource, and not rubbish at all. But it?s not just about producing energy: by recycling the nutrients in your food waste into Natural Fertilisers, the AD process helps farmers produce food more cost-effectively, which reduces your food bill.

Farmers are currently under pressure to reduce their carbon footprint while producing more, using fewer resources. At the moment, the production of a tonne of nitrogen fertiliser takes a tonne of oil and 108 tonnes of water, and emits seven tonnes of carbon dioxide ? Natural Fertiliser, however, offers a low-carbon alternative while ensuring that nutrients aren?t wasted. By supplying maize it also allows farming partners to widen their crop rotation and address any weed problems using less chemicals as maize is a very competitive plant.

Anaerobic Digestion is currently mitigating around 4.3 million tonnes of
CO2e emissions each year in the UK

Anaerobic Digestion is currently mitigating around 4.3 million tonnes of CO2e emissions each year in the UK

Central government has set a clear direction to support the growth of AD, with their 2011 Waste Review stating that ?of the main options for the treatment of food waste, anaerobic digestion offers the greatest environmental benefit?. This followed the Coalition Agreement in 2010, which committed to supporting a ?huge increase in energy from waste through anaerobic digestion?. There are a number of binding targets which government has set, and which AD can play a central role in meeting. Under the Climate Change Act, Britain is committed to an 80% reduction in GHG emissions by 2050 (relative to 1990 levels) and delivering 15% of energy from renewables by 2020. The UK is also obliged to meet targets to divert waste from landfill and improve air quality, which it is currently struggling to do.

AD supports businesses by providing an outlet for any organic waste from their operations. This will reduce the amount of harmful waste going to landfill, reduce their waste management costs and provide an ethical and green solution. Business can also benefit by purchasing green gas and electricity to offset their own carbon footprint and that of their supply chain. AD provides an excellent Environmental tool to fit into their own CSR strategies without the need for further investment.

Do you have a question or want to talk through how Rockscape can help you?

Make an enquiry
Scroll to top